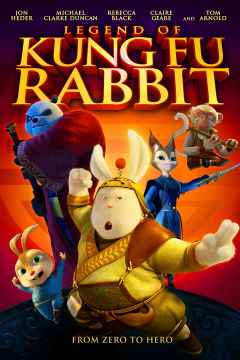 Kung-Fu Bunny is a mixed-media series, showing a naughty animated bunny to avoid being captured by a cartoon dog and artist who attracted them. There is nothing to share this happily creative show with the whole family, and viewers of all ages will. Enjoy the hilarious antics of the characters. In Kung-Fu Bon, a cartoonist’s portrait comes to life on her sketch pad, which starts with a naughty white rabbit which leaves the page and falls into all sorts of trouble around the house. To try to keep him in line, the artist Cho Bao designs a sensible dog named Doggy, but even the antics of those made together cannot be kept. And so a cool bunny and a long and hilarious battle begins between her producer’s loyal dog, who is always a step behind with Rabbit’s plans and kung fu skills.