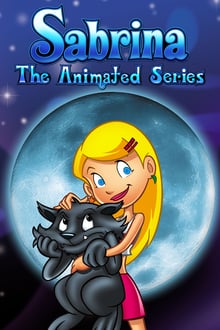 An animated prequel to the live-action show “Sabrina, the Teenage Witch,” the series features 12-year-old Sabrina Spellman, who’s half mortal and half witch. Though few people know of her powers, and her mortal uncle frequently warns her not to use her magic to solve problems, Sabrina still borrows spells from the Spookie Jar and gets into trouble with her friend Harvey. Star Emily Hart is joined by Nick Bakay, also the voice of Salem in the live-action show, and her older sister, Melissa Joan Hart, here playing Aunt Hilda, though she played the title character in the live-action version.