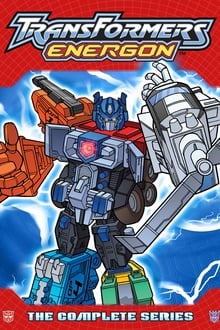 Transformers: Energon, known in Japan as Transformer: Superlink, is the 2004–2005 Transformers toyline, animated series and comic book series, another co-production between Hasbro and Takara and a direct sequel to Transformers: Armada. It is also the first Japanese Transformers show where the Transformers are computer-generated, in a cel-shaded technique similar to the Zoids anime, which was a trend that would continue into the next series, Transformers: Cybertron.