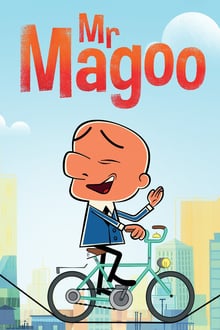 Mr. Magu follows a well-known kind-hearted partner who is always happy to lend a hand – but often instead causes disasters like without his glasses he creates all sorts of chaotic mixing. Nonetheless, their only enemy is Fizz: a megalomaniacal hamster who somehow somehow always accidentally fails by Magoo. Mr. Maguire, a cynical millionaire with a very bad look, denies using glasses and consequently gets into trouble. The Magu character was originally conceived as a meaning-focused McCarthy-like reactionary whose dumb would include as much derogatory misrepresentation as might be with the animators. Kaufman was actually blacklisted, and Magu was a form of protest. Hubli was a former communist who participated in the strike of Disney animators in 1941. He and Kaufman both took part in the blacklist front and perhaps due to the risk of getting under the purview of more scrutiny with a successful character, Hubli, who built Magu. , fully handed the series to creative director Pete Burns. However, it was production manager Sharm Glass, who designed the character himself.